SCG is investing in leading Vietnamese corporations in petrochemical industry.

In 2018, Binh Minh Plastic Joint Stock Company became a member of Thai Industrial Corporation SCG group of companies. From the initial 20.4% shares a few years ago, the leading Thai corporation increased its ownership to a control interest of 54.39% shares right after the divestment of State Capital Investment Corporation (SCIC). According to market research, Binh Minh has 43% market shares of plastic tube and accessories in the South and about 28% of plastic tube in the country. Last year, the construction tube company yielded VND4,130 billion in revenue and VND428 billion in profit after tax. Binh Minh has been listed in Forbes Vietnam’s “50 best listed companies in Vietnam” for 7 consecutive years since 2013.

The acquisition of Binh Minh Plastic Company has contributed to SCG’s formation of a vertical integration from upstream to downstream in the petrochemical industry in Vietnam, from the petrochemical project in the South to the purchase of numerous plastic bead companies. “Other than Thailand, Vietnam is a strategic destination for SCG’s investment. Petrochemistry is one of our core businesses, therefore investing in the plastic industry is a complimentary activity to foster growth” according to SCG via an email interview. According to Forbes Vietnam, SCG owns a network of more than 20 businesses in many cities and provinces in Vietnam, with more than 8,000 employees.

Leading companies are SCG’s targeted investment. In addition to Binh Minh, who is the top market player in the South, they also acquired many more from South to North. Until end of 2018, they acquired Chemtech, specialised in producing compound plastic beads, the one without additives. SCG also owns 72% shares of Viet-Thai Plaschem, specialised in compound PVC beads. SCG owns 70% shares of TPC Vina, a PVC manufacturer. SCG also has its presence in Binh Minh Plastic in the North and Danang Plastic with 54% and 16% shares respectively.

One of the last pieces of SCG’s petrochemical ecosystem in Vietnam is the Southern Petrochemical Complex based in Baria – Vungtau. This petrochemical project was licensed in 2008 with Petrolimex, Vinachem and Qatar Petroleum International as initial investors. The Middle East investor withdrew after the drastically drop in world oil price in 2014. After gradually purchasing shares from these initial investors, becoming the project’s owner though a subsidiary company, SCG re-activated the project after a decade of delay.

Early 2019, in a meeting with Vietnam’s Prime Minister Nguyen Xuan Phuc, Mr. Roongrote Rangsiyopash, Chairman and CEO of SCG made a commitment to commence operation of this significant petrochemical project of Vietnam in 2023. SCG shared that, the project “is applying world’s advanced technologies to produce a diversified range of petrochemical products in the country”. The Southern Petrochemical Complex has a capacity of 1.6 million olefin per year. The complex was designed to produce a diversified range of petrochemical products such as PE, PP and PVC plastic beads, and compounds for packaging and synthetic fibre industries… According to SCG’s 2018 annual report, the importance of the project in Vietnam “helps strengthen the overall competitiveness of SCG’s chain as it sufficiently integrated basic materials from upstream to downstream.

In 2017, SCG’s revenue from Vietnam market increased by 19% mainly thanks to packaging and building materials industries. In 2018, revenue from Vietnam achieved USD1.345 billion, an increase of 20%. The petrochemical complex in the South is expected to provide many basic materials and satisfy the rapid demand increase in Vietnam.

Until now, beside SCG’s on-going project, the country has two other operating petrochemical projects including Dung Quat (Quang Ngai) with over USD3 billion investment from Vietnam and Nghi Son (Thanh Hoa), a USD9 billion joint venture between Vietnam and Japan that commenced operation end of last year.

According to Mrs. Le Binh, CEO of ASART Deal Advisory, Thai investors have conservatively joined Vietnam market about 2 decades ago. They first acquired shares to learn about the market, then increased investment as the market develops.

SCG was one of the earliest foreign investors in Vietnam when foreign investment law was amended in 1992. In 27 years, SCG’s early business focused on trading, cement import then expanded step-by-step by investing further into companies and currently focuses on three main categories: petrochemistry, cement – building materials, and packing though direct investment or mergers and acquisitions (M&A), depends on the business model.

The third industry category where SCG is also being competitive is packing. According to SCG annual report, by end of 2018, SCG held controlling interests in Alcamax Packaging, AP Hanoi Packaging, Packamex Vietnam Packing, Tin Thanh Packaging. They also hold 69% shares of Vina Kraft Paper, the largest packaging manufacturer in Vietnam with a capacity of half million tons per year. SCG, Tetra Park (Sweden) and Combibloc (Germany) are currently the three major corporations in the paper packing industry in Vietnam.

“Thail investors are determined to acquire shares of domestic companies and are leading in terms of transaction value”, reported by Stoxplus regarding investment waves of Thai companies in recent years, whereas previously reported leading positions were Japan or Singapore. Stoxplus calculated that the total value of the four transactions made by the Thai in 2017 reached USD4.9 billion, accounting for 42% total transaction value of foreign companies buying Vietnamese companies. In addition to SCG, there are ThaiBev acquired majority of shares of Sabeco, Central Group acquired Big C Vietnam, Berli Jucker acquired the supermarket chain Metro Cash & Carry…

According to Mrs. Le Binh, Thai corporations have more advantages than investors from US or Europe thanks to geographical location and cultural resemblance. Other market factors such as young population and the increasing spending power of Vietnam have contributed to attract foreign investment. Another important factor, prices Vietnamese companies are still “relatively cheap” in comparison to other countries although they have increased in previous years. When investing in Vietnam, Thai companies mostly aim for two objectives: domestic consumer market and outsourcing market.

Thai investors’ investment principles, according to Mrs. Le Binh, aim to gain control to influence strategies. For petrochemistry, packaging and cement industries, Thai companies often eye leading Vietnamese companies, with are well-established with leading market shares. Worked with SCG and Tin Thanh Plastic Packaging Joint Stock Company (Batico) in the transaction where SCG acquired Batico, Mrs. Le Binh shared that SCG are quick and determined when they see a good investment opportunity. It took roughly only six months from starting to closing, about half the time of a normal M&A transaction in Vietnam.

SCG’s 2018 financial report showed that its total assets in Vietnam reached USD2.13 billion, accounting for 41% of their total assets in ASEAN (excluding Thailand). With an expanding strategy in the region, SCG will continue to invest in its core businesses in Vietnam. SCG shared with Forbes Vietnam, they will increase 23% investment capital, equivalent to USD1,885 billion. After acquiring a series of companies in these industrial categories in Vietnam, what will SCG do? “We coordinate companies within the portfolio to foster growth by improving operation standards, safety standards and productivity’ –SCG answered. 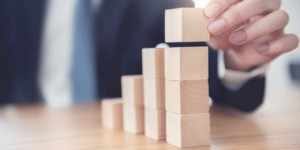 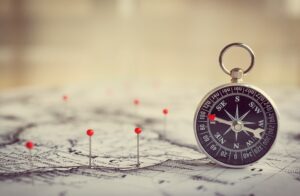 Do Bad Times Sink The Value Of Your Business?